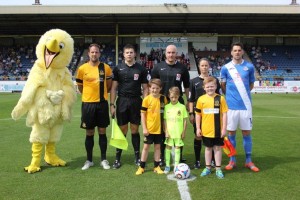 WHY THE MERSEYRAIL COMMUNITY STADIUM?

Southport Football Club are very proud to have their stadium named

The club is very proud to hold the distinction of being an “FA Charter Community Club.”

The club has focused a great deal of their delivery in Primary Schools including curriculum in the classroom and coaching. Community coaches support the curriculum and coaching weekly during term time at schools which have include currently: Birkdale Primary, Marshside Primary, Norwood Primary School and St Philips Primary plus Stanley High School, Southport College and King George V College.

Southport Football Club have played a significant part in the exciting Multi Agency Street Games which has been held in identified areas requiring support during timetabled summer and autumn evenings via Sefton Sports Active Department. The aim is to encourage children to enjoy sport and be aware of the variety of sports clubs to join throughout the town.

charity-ongoing throughout year via Southport College/BTEC initiative and Charity Tournament. 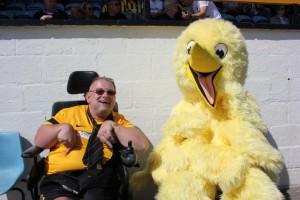 Everyone at Southport Football Club would like to thank Merseyrail for their tremendous community support.